Top Ten Tuesday is hosted by That Artsy Reader Girl! Be sure to follow the link for the list of upcoming prompts!

This week’s TTT prompt is: Books I Hope to Find Under My Tree! This one was actually fairly easy to put together, since I just popped on my Amazon Christmas Wish List and pulled out the many books I put on there 😉 Let’s see what I hope Santa will bring!

Shakespeare on Toast by Ben Crystal

Who’s afraid of William Shakespeare? Just about everyone. He wrote too much and what he did write is inaccessible and elitist. Right? Wrong. “Shakespeare on Toast” knocks the stuffing from the staid old myth of Shakespeare, revealing the man and his plays for what they really are: modern, thrilling and uplifting drama. Actor and author Ben Crystal brings the bright words and colourful characters of the world’s greatest hack writer brilliantly to life, handing over the key to Shakespeare’s plays, unlocking the so-called difficult bits and, astonishingly, finding Shakespeare’s own voice amid the poetry.Told in five fascinating Acts, “Shakespeare on Toast” sweeps the cobwebs from the Bard – from his language, his life, his time – revealing both the man and his work to be relevant, accessible and full of beans. This is a book for everyone, whether you’re reading Shakespeare for the first time, occasionally find him troublesome, think you know him backwards, or have never set foot near one of his plays but have always wanted to …It’s quick, easy and good for you. Just like beans on toast.

A Game of Thrones – Illustrated Edition

Published in celebration of the twentieth anniversary of George R. R. Martin s landmark series, this lavishly illustrated special edition of A Game of Thrones featuring gorgeous full-page artwork as well as black-and-white illustrations in every chapter revitalizes the fantasy masterpiece that became a cultural phenomenon. And now the mystery, intrigue, romance, and adventure of this magnificent saga come to life as never before.

A Clash of Kings – Illustrated Edition

This special edition of A Clash of Kings–featuring twenty-two gorgeous, original black-and-white illustrations by Lauren K. Cannon–continues the series of anniversary releases of the iconic A Song of Ice and Fire novels that began with A Game of Thrones: The Illustrated Edition.

Mastering the Art of French Cooking by Julia Childs 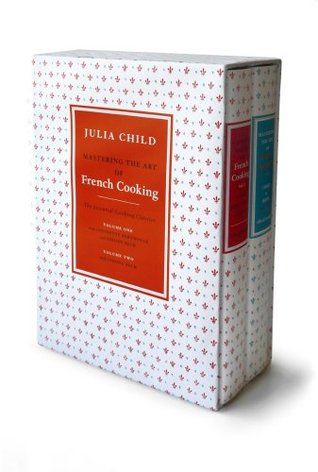 For over fifty years, New York Times bestseller Mastering the Art of French Cooking has been the definitive book on the subject for American readers. Featuring 524 delicious recipes, in its pages home cooks will find something for everyone, from seasoned experts to beginners who love good food and long to reproduce the savory delights of French cuisine, from historic Gallic masterpieces to the seemingly artless perfection of a dish of spring-green peas. Here Julia Child, Simone Beck, and Louisette Bertholle break down the classic foods of France into a logical sequence of themes and variations rather than presenting an endless and diffuse catalogue of dishes. Throughout, the focus is on key recipes that form the backbone of French cookery and lend themselves to an infinite number of elaborations–bound to increase anyone’s culinary repertoire. With over 100 instructive illustrations to guide readers every step of the way, Mastering the Art of French Cooking deserves a place of honor in every kitchen in America.

The final book in the Lunar Chronicles, I don’t actually own a physical copy of this! It would complete my collection of a series I read for the first time on the Kindle.

Neil Gaiman has long been inspired by ancient mythology in creating the fantastical realms of his fiction. Now he turns his attention back to the source, presenting a bravura rendition of the great northern tales. In Norse Mythology, Gaiman fashions primeval stories into a novelistic arc that begins with the genesis of the legendary nine worlds; delves into the exploits of the deities, dwarves, and giants; and culminates in Ragnarok, the twilight of the gods and the rebirth of a new time and people. Gaiman stays true to the myths while vividly reincarnating Odin, the highest of the high, wise, daring, and cunning; Thor, Odin’s son, incredibly strong yet not the wisest of gods; and Loki, the son of giants, a trickster and unsurpassable manipulator. From Gaiman’s deft and witty prose emerges the gods with their fiercely competitive natures, their susceptibility to being duped and to dupe others, and their tendency to let passion ignite their actions, making these long-ago myths breathe pungent life again.

A deluxe hardcover edition of Frank Herbert’s epic masterpiece–a triumph of the imagination and one of the bestselling science fiction novels of all time.

This deluxe hardcover edition of Dune includes:
– An iconic new cover
– Stained edges and fully illustrated endpapers
– A beautifully designed poster on the interior of the jacket
– A redesigned world map of Dune
– An updated Introduction by Brian Herbert 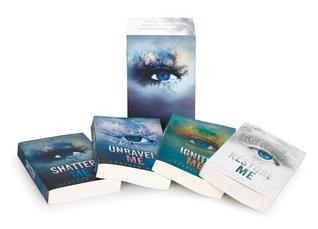 The first four novels in Tahereh Mafi’s New York Times bestselling Shatter Me series (Shatter Me, Unravel Me, Ignite Me, and Restore Me) are available together for the first time in this paperback box set collection!

No one knows why Juliette’s touch is fatal, but The Reestablishment has plans for her. Plans to use her as a weapon. But Juliette has plans of her own. After a lifetime without freedom, she’s finally discovering a strength to fight for herself—and for a future with the one boy she thought she’d lost forever.

A deluxe, full-color hardback edition of the perennial Jane Austen classic featuring a selection of recipes for tea-time treats by the one and only Martha Stewart!

Have your book and eat it, too, with this clever edition of a classic novel, featuring delicious recipes from celebrity chefs. In this edition of Jane Austen’s regency classic Pride and Prejudice, plan a fancy tea party or book club gathering with recipes for sweet confections and pastries. From maple glazed scones and delicate sugar and spice cake, to berry tartlets and French macaroons. Bring your friends and family together with a good meal and a good book!

MinaLima, the award-winning design studio behind the graphics for the Harry Potter film franchise and the creators of the illustrated Jungle Book and Peter Pan, reimagine the beloved French fairy tale The Beauty and the Beast in this deluxe unabridged edition illustrated with stunning full-color artwork and nine 3-D interactive features—published to coincide with the release of the blockbuster Disney live-action musical film starring Emma Watson, Ian McKellen, Josh Gad, Ewan McGregor, and Emma Thompson.
Generations of readers have been bewitched by the epic love story of a beautiful young girl imprisoned in the magical castle of a monstrous beast. Now, the classic fairy tale is brought to life in this spectacular illustrated edition as originally envisioned by Gabrielle-Suzanne Barbot de Villeneuve in 1740.

And there we have it! Ten Books I Hope to Find Under the Tree! What books are you hoping Santa brings you?! Share in the comments, and feel free to drop your own TTT link!

2 thoughts on “Top Ten Tuesday: Books I Hope to Find Under My Tree”