Well friends, I did it. I kicked NaNoWriMo’s ass and it didn’t kick mine back in return!!!! Now that I’ve had a little time to collect my thoughts and also to celebrate, I figure I should so a full wrap up about my experience this go round!

If you had told me back in August when I was recovering from Camp NaNo that I would accomplish 50k in 30 days, I would have laughed and called you crazy. The thing was, I had the HARDEST time back at Camp, despite having a project I loved and more time to do it in. At Camp, I pretty much stayed on track the whole time, rarely dropping below where I needed to be for more than a day or so, but felt like my brain was completely fried by the time I was done. But for NaNo, I spent TWO WEEKS unable to catch up, no matter how hard I tried. BUT, I wrote almost every single day, only having a mere handful where I skipped entirely (AND I also started 2 days late).

This time around I just wrote more consistently and regularly, sticking to a schedule that worked. And work it did, because I made it in the end!! 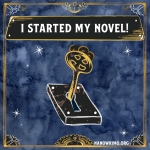 For the the hardest part was finding my story. In true NaNo spirit, I started with a completely new project and completely winged it from start to finish. I had this one scene in my head, with barely named characters, and apparently that was enough to work off of. But I had no idea where I wanted the plot to go, or what the ups and downs would be. I was Pantsing my pants off!!!

And it worked…sort of? My story definitely started to come together and I can now see the general timeline of beginning to end, but it is in no way done. I write most efficiently if I just put down whatever is in my head, so I definitely skipped around a lot. These characters did not come easy to me, unlike my last project. Hell, my MC’s best friend, who is a key player in the story, didn’t even have a name until like November 13th.

I think the easiest part is the now, where I can look back and actually see the story taking shape. This is so very much a bare-bones outline, and needs a lot more fleshing out. 50k words is maybe half of what it will take to get this baby into a full rough draft, but half is better than nothing!

Apparently writing 50k words in 30 days was easier than 30k in 31 days, because I came out of this NOT completely brain-dead like I did at camp. Some of the reasons were simple: I wasn’t trying to write in a blisteringly hot office in July, my husband was gone for almost two weeks, leaving me with a lot of downtime, and I learned that if I wrote in 20 minute times sprints I was more efficient and got more words down. Overall, I am feeling pretty damn good about this NaNo! 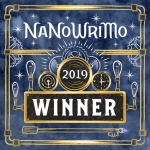 So, I don’t know that I will keep working on this project. Maybe? The thing is, I poured a lot into this story, but I just didn’t fall in love with my characters like I did for my other project. This made it harder to give them voices, and I never really had a moment where I was writing and started to get those tingly feels – something that happened often in my other project. Don’t get me wrong, I like my characters and I like the story, but I have a feeling my love for them will be slow-burn. I suppose only time will tell, and perhaps I will make a point to revisit them on a semi-regular basis and type away at their lives. Maybe Camp NaNo in April will see me coming back for more on this one.

And there definitely will be a next time. I will definitely be participating in the next Camp NaNo event. I might come back to one of my two existing projects (both are FAR from being finished first drafts), or perhaps I will find new inspiration between now and then. I am starting to find a system that works best for me, and that’s definitely a good thing!

My Top Tips that Worked for Me

Well…this definitely isn’t the end. In fact, I never actually made it to the end of my story, although I did throw down a few sentences for how I think it will turn out. So that alone might draw me back in, because I am SO close to having that complete outline done.

But for now, I am going to bask in the glory of finishing NaNoWriMo with 50,087 words, and that’s good enough for me! 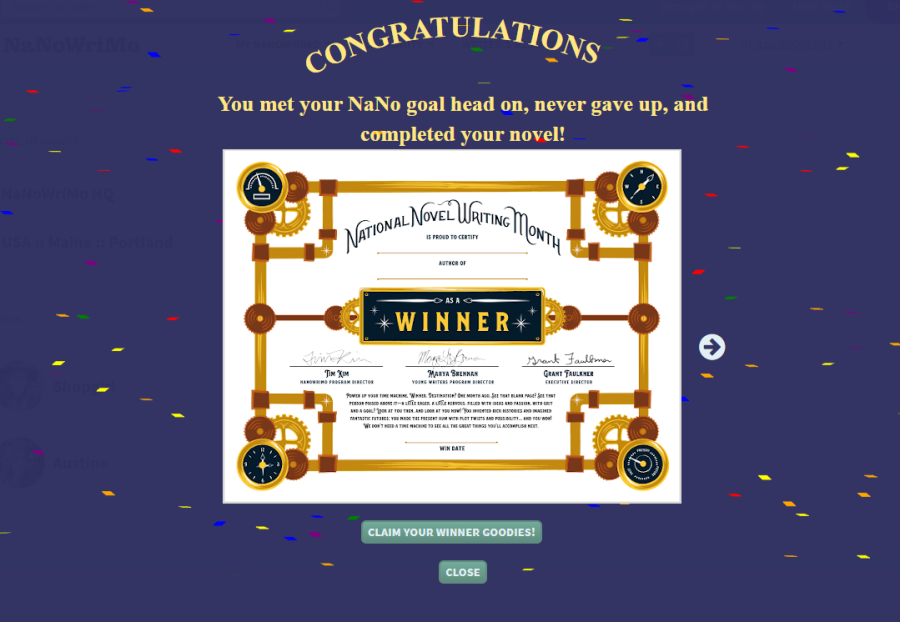 Did you do NaNoWriMo 2019? If so, tell me about it in the comments, OR link your own wrap-up post so I can check it out!