Welcome to my bi-Weekly meme, The Goodreads TBR Cleanup! Feel free to join me, and make sure you drop a link in the comments so I can check it out!

How It Will Work:

And so, without any further ado, let’s start purging!

You will be punished…

In her breathtaking young adult debut, bestselling author Cecelia Ahern depicts a society where perfection is paramount and flaws lead to punishment. And where one young woman decides to take a stand that could cost her everything.

I actually had a physical copy of this in my TBR for ages, and I am like 99% sure I put it into my donate pile since I’d had it for so long. I think this whole “perfect/flawed/dystopia” trope has played itself out, and it just doesn’t appeal to me these days. 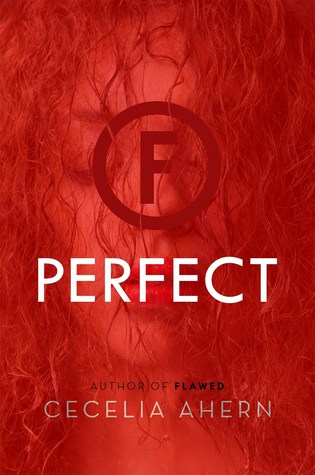 Ever since Judge Crevan declared her the number one threat to the public, she has been a ghost, on the run with Carrick, the only person she can trust.

But Celestine has a secret—one that could bring the entire Flawed system crumbling to the ground. A secret that has already caused countless people to go missing.

Judge Crevan is gaining the upper hand, and time is running out for Celestine. With tensions building, Celestine must make a choice: save just herself or risk her life to save all Flawed people.

The sequel to Flawed, I think it’s pretty clear what the verdict on this one will be.

From the New York Times bestselling author of the Tiger’s Curse series and Reawakened comes a novella full of celestial marvel, passion, betrayal, and evil that will grow to reign over humanity forever.

Before Lily and Amon met, before the cosmos were in chaos and needed three brave brothers to fight off evil, there were four siblings who helped rule the earth. Each sibling had a special gift. Osiris, the god of agriculture, helped mortals to grow and thrive in their natural environment. Isis, the goddess of creation, fostered health and wellness. Nephthys, the seer, was able to keep the balance between all living beings and the universe.

But Seth, the youngest sibling, was left without any special powers. The Waters of Chaos, which granted each god’s talent, were running dry, and Seth was paying the price. As time passed, however, Seth’s determination and willfulness resulted in a very special gift, one that should have granted him the ability to enact wondrous change.

But Seth’s competitive childhood gave him a heart so cold and vacant that instead, his gift brought about great evil. Seth was now the god of unmaking, the creator of disorder and destruction. And he was ready to seek his revenge, dominating all who got in his way.

So I have had Reawakened on my TBR for some time (wow…such a surprise), and have the physical book on my TBR cart. I love mythology, and Egyptian mythology is one that doesn’t get as much page space compared to the Roman and Grecian myths. I do want to read this series at some point, and that will clearly include this novella.

The Novice by Taran Matharu

When blacksmith apprentice Fletcher discovers that he has the ability to summon demons from another world, he travels to Adept Military Academy. There the gifted are trained in the art of summoning. Fletcher is put through grueling training as a battlemage to fight in the Hominum Empire’s war against orcs. He must tread carefully while training alongside children of powerful nobles. The power hungry, those seeking alliances, and the fear of betrayal surround him. Fletcher finds himself caught in the middle of powerful forces, with only his demon Ignatius for help.

As the pieces on the board maneuver for supremacy, Fletcher must decide where his loyalties lie. The fate of an empire is in his hands. The Novice is the first in a trilogy about Fletcher, his demon Ignatius, and the war against the Orcs.

I’ve heard so many great things about this series, and it definitely fits in with my genre and plot preferences. I definitely think I’ll get to it some day, probably.

Lady A by Cassie M. Shiels 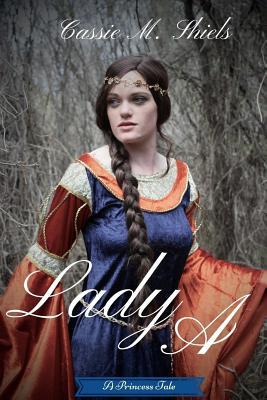 Lady A is in terrible danger, an annoying side effect of her brother’s latest scheme. Forced to run for her life from a madman she must return to the one place she vowed never to go again or die.

After a failed attempt on her life leaves her without a name and her memories, Lady A must fight to regain them in order to help the handsome prince defeat the madman, who is threatening their kingdom. But will she remember in time? Or will she lose everyone and everything she loves?

I actually have no idea why I added this to my TBR. I mean, it sounds okay, but it’s the second in a series, the first book of which is NOT on my list, and the cover is…not great. I think this is going to be an easy choice.

I would say this was a successful Cleanup!!! Three books knocked off my neverending TBR, and two to keep for a later day!

How did your Cleanup go? Drop a link in the comments if you joined me this week!