Guys, I worked hard and pushed myself and carved out time and planned accordingly and GOT ALL THE WORDS DOWN!!! I am so immensely proud of myself, and now I am feeling sooo much better as we move into the final week of NaNoWriMo 2019!

Let’s get an update, and some more puppy pics!

So as of my most recent NaNo post I was still falling a good deal short of being on track, and it was not a great feeling. I was a little worried going into the weekend because I knew I had a ton of non-writing stuff to do, including replacing the brakes on my car AND baking at least 5 apple pies. So I did something I NEVER do, and that was to make a schedule! I carved out blocks of time for myself which I ACTUALLY STUCK TO, and come Sunday THIS happened: 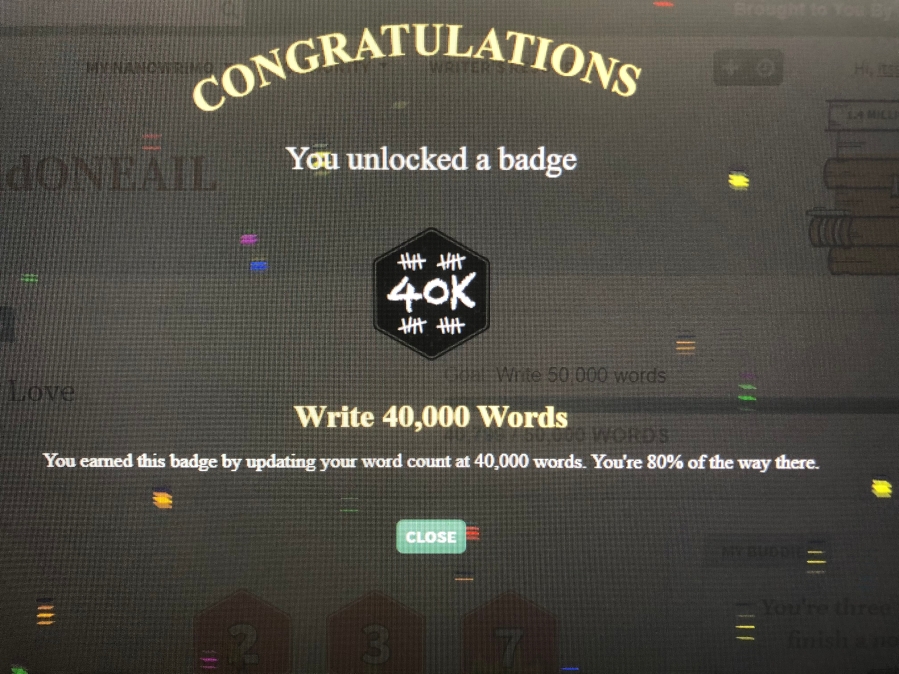 (Sorry for the low image quality; taking a pics of a computer screen doesn’t lend itself to High-Res pics.)

After writing my Friday update (while still at work) I went home and sat down intending to do a decent sprint, at which point I would take a break for a few hours and then come back for another session. What actually happened was that inspiration struck and I knocked out 3072 words!!! This put be BACK ON TRACK and made me all the happy. Honestly, the words were flowing well enough that I think I could have continued on, but my wrists were starting to ache (stupid carpal tunnel) and I knew pushing that would not be good later. So I called it a day.

Saturday I had to go to my dad’s house up in Maine so we could change out the brakes on my car. While there I ALSO stopped by my mom’s and got some serious puppy snuggles in! Their eyes are opening and they’re starting to crawl around, so the cuteness was at an all-time high. I mean, look at those faces! And the kisses! 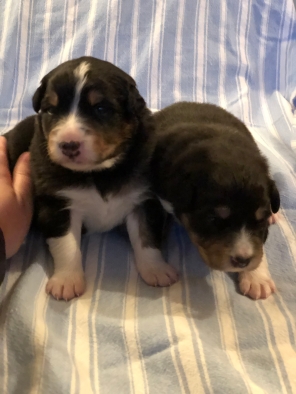 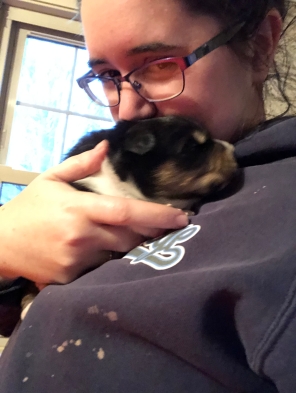 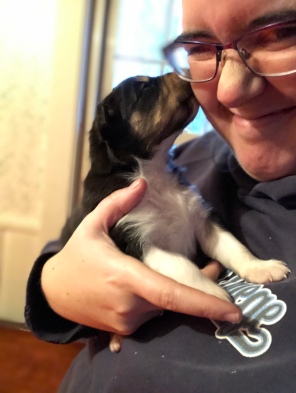 So between the car and the puppy nuggets and then a quick detour to do a tarot reading for my sister and her roommate, I did’t even get home until 830. HOWEVER, thanks to the Redbull I enjoyed on my 90 minute drive, I was wide awake and ready to write. I sat down and cranked out 2020 words!

Sunday was another long day in which I baked eight apple pies, from scratch, because it’s that time a year and also because my motto is “go big or go home”. So this meant another late start – almost 9pm – BUT I was able to get 1748 words down! This put me solidly over the 40k mark (40799 total), and has me in a good place going into today.

We are moving into the final days of NaNo now. My husband will finally be home from his trip Wednesday night, so that may put a pause on things, but I have Thursday and Friday off for the holiday, and I am firmly confident that I can meet AND exceed the 50,000 mark. My goal is to knock out a 2000 word average every day this week, which will have me crushing it by Friday! I’ve got this!

How is everyone else feeling as we move into the final days of NaNoWriMo 2019? Tell me in the comments below!