I am super excited to share this awesome new release with you today!

Alee by Nicole Loufas is an emotional YA/NA Contemporary novel that will be sure to hit your feels. Can we also take a moment to admire the lovely cover art?! Keep reading for an EXCLUSIVE EXCERPT and a GIVEAWAY!

With just weeks left before her high school graduation, Alee dumps with her sunshine stealing boyfriend in epic fashion – by sleeping with his best friend.

Since bad things happen in three, becoming the school slut is just the beginning.

A mass shooting steals the life of Alee’s Olympic-bound best friend and a homeless drug addict turns out to be the father who abandoned Alee as a child.

With a backpack full of daddy-issues and a bucket list of broken dreams, Alee searches for light at the end of a very dark tunnel.

Will the man who broke her, be the one who saves her life?

Funeral food is like every other party food. Pinwheel sandwiches, mini-meatballs in a brown sauce, wilted salad, and an assortment of cheese and crackers. Laine plucks a cucumber from the tray. He dips it in ranch then shoves it in his mouth with an inappropriately timed sexy smile.

“Bryn hates baby carrots. She said there was something unnatural about them.”

“Toss them.” Laine points to the trash receptacle. “She’s right, they look like fat little baby fingers.” He inspects a dried out digit shaped carrot.

I pick up the tray and carry it to the trash. “This is for Bryn.” The carrots make a raucous as they spill into the bin. A few people glance my way, not for long. Too much eye contact and they’ll have to acknowledge me, speak me, console me.

Laine tosses his carrot in from a few feet away. “Bryn for the win.” He holds pose a few seconds the way Steph Curry does when he hits a three.

We return to the buffet where Frances is speaking to Bryn’s English teacher. She was an honor student so we never had classes together.

I remember watching her study, wondering where all that information went. She was like a sponge, absorbing everything around her. Bryn immersed herself in life. She was always moving, always busy with practice of some kind, volunteering, studying, me. I was a project too. She tried like hell to get me involved, get me out of my shell. My spirit animal is a crab; shells are my thing.

Laine and I move to the stage on the other side of the room. A bunch of unattended kids run back and forth squealing like baby pigs. Laine knows a couple of them. They jump on him as soon as he sits down and beg for piggyback rides. He obliges. Laine is a nice guy. I like Laine. That’s probably why I fucked him.

“Are any of these yours?” It’s a joke, but you never know. “That one kind of has your eyes.” I point to the little girl clinging to his back. He gently lets her down and she runs off.

“I volunteer at an after-school program at the rec. At first, it was just something to add to my college applications, but I liked it so I stayed.”

“You really are a good guy, aren’t you?”

“I owe you an apology, for that day. For sucking you into my shit show. You didn’t deserve that.”

His shoulder leans into mine. “No apology necessary. Honestly, I could tell you and Benny weren’t gonna make it.” Laine is Benny’s best friend, he knows all about Benny’s side chicks. Maybe that’s why he did it. I wonder if Bryn knew it too. 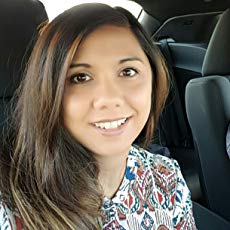 Nicole was born and raised in California. She claims to be a San Francisco native, however she’s lived in both Northern and Southern California. She credits her creativity to the fact that she attended 12 schools between kindergarten and her senior year in high school. Her nomadic childhood allowed her to reinvent herself often. Some might say she was a liar. While others see the stories she told as a coping mechanism. Twelve schools, in six cities, in twelve years – give her a break. Today she channels her storytelling ability into writing novels. Long story short – kids that lie become writers.